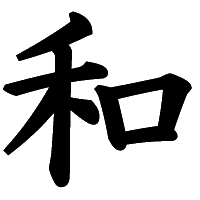 In the last two entries, I wrote about some fundamental perspectives that generate suffering. In summary, they were:

Most of us grew up accepting these perspectives as reality and have lived inside them for decades. They are all related and all come from a common place: “I” exist as some thing, separated from the whole, which is trying to make life work. This belief in separation from the whole is the fundamental duality and the basis for suffering. These perspectives are manifestations of that belief in separateness. Seeing their falseness is liberating.

For me, I have found that my perspective has shifted over time, as a process rather than an event. First comes conceptual understanding, with perhaps a peak experience glimpse, and then gradually, a direct kind of insight, in which these formerly taken-for-granted perspectives come to be seen as clearly untrue. I have found some easier to see through than others—not being in control is still challenging at times. Gradually, I have enjoyed ever longer periods of peace and play (the mood of being deeply engaged in life).

Sometimes, however, something happens—some event in my life—which triggers such strong negative emotions that suffering returns. A couple of years ago, I could free myself only through discovering new narratives relative to the suffering, which was usually a painful process itself. Eighteen months ago, I was fortunate to get to know Byron Katie, a woman who had a remarkable “awakening” 30 years ago, which she described in this way:

“I discovered that when I believed my thoughts, I suffered, but that when I didn’t believe them, I didn’t suffer, and that this is true for every human being. Freedom is as simple as that. I found that suffering is optional. I found a joy within me that has never disappeared, not for a single moment.”

Katie (her preferred name) created a simple, yet powerful practice for questioning our thoughts, which she calls “The Work.” The practice of The Work involves four questions and the invention of a few “turnarounds,” which are inverted versions of the original thought. Katie’s premise is that our suffering result from believing our thoughts. By “thoughts,” she means stories, not distinctions (we do not suffer because we distinguish a door from the wall).

I would add (though she may not) that the stories always involve an assessment of some kind, an assessment which we have come to believe as true or accurate. The original statement may be a fact—”I am turning 50″—that we suffer about, but only because we believe assessments about what it means to turn 50. (Even statements of fact rely on belief, and I agree with Katie that questioning those beliefs opens avenues for insight and freedom, but they are not the primary sources of suffering.)

Katie’s practice requires that we identify a thought about which we are suffering. She usually encourages people to focus on a situation in which we are judging someone else. The thought is then inquired into with four questions and doing turnarounds of the original thought.

The four questions of The Work:

The questions are not an intellectual exercise, but rather a process of experiencing what is revealed by the questions. The first two questions break our conviction that the assessment we have is true. The second two allow us to see how powerful an effect believing the thought has on us.

We then switch to the stranger aspect of the practice, the turnarounds. This step requires that we create and support with evidence three (or more) opposite and converse versions of the original thought. The sequence I find most people follow:

For each new version, the instruction is to identify three examples that support it. From my background in the philosophy of language, the process is akin to grounding an assessment—we look for facts to support an interpretation of a situation. For many, the “magic” of the process happens during the turnarounds: not only does the power of the original thought dissipate, new insights into structures the thought was obscuring or holding together become apparent.

I was skeptical until I began to do the practice. And then I was surprised and delighted. I discovered that this simple act of inquiry could produce remarkable shifts in mood and perspective. I now think her practice is one of the most important spiritual practices developed in the last couple hundred years.

And the process is not infinite. Indeed, I now think that our fundamental misidentifications and deep moods are held in place by a small number of core beliefs. It may take some work to uncover those, but the possibility of getting free of our suffering moods in a few months is an amazing gift. And when suffering disappears, so much more appears . . .